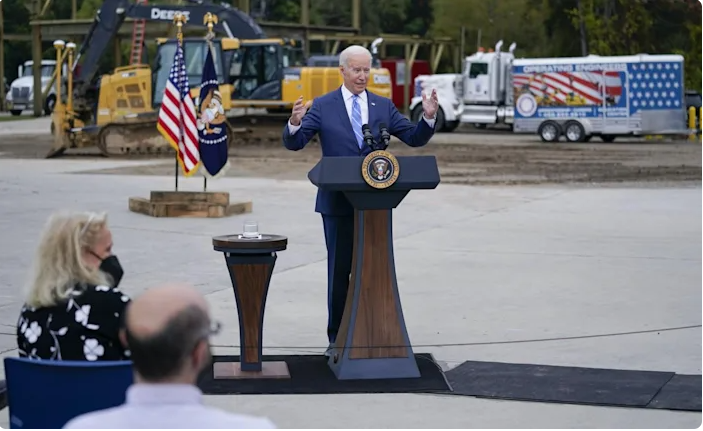 F*** Joe Biden,” could be heard in the crowd as the president’s motorcade drove by. A crowd member was even seen giving the middle finger as the car passed.

“We the people are pissed off,” one sign held by a woman reads.

Here at the @POTUS speech in Howell, a #TrumpRally is going on… @FOX2News @WWJ950 #Biden #Trump pic.twitter.com/0PueS8ZOX6

Biden went to Howell to tour the International Union of Operating Engineers Local 324 training facility in Howell before speaking to a crowd about restoring U.S. infrastructure through his multitrillion-dollar infrastructure legislation, the Detroit Free Press reported.